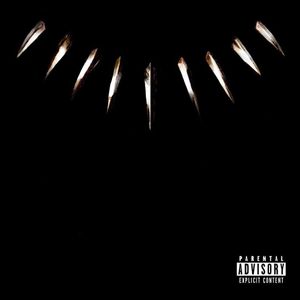 The 1990s was the first real time there was an abundance of money infused into hip hop.

He gained prominence under Andre Harrell with Uptown Records at the helm for both Jodeci and Mary J Blige’s successful albums.

Uptown Records explored producing first with Harrell producing Strictly Business and them providing the soundtrack full of hip hop and R&B infused tracks then MCA in 1992 gave them a multimedia deal which led to FOX’s New York Undercover which was originally named Uptown Undercover.

As the years went on films began seeing hip hop’s influence on the culture and began reaching out for songs that would power their films starting with Ice T’s titular song Colors for the gang epic of the last 80s to Nutty Professor and even Space Jam having soundtracks that were culturally informed.

The biggest impact of that time in my opinion was Death Row’s Above The Rim.

Death Row wasn’t the first to add music to set the stage for a movie but what occurred was important. Dr. Dre introduced Snoop Doggy Dogg on Deep Cover proclaiming it’s “187 on an undercover cop”.

Then for Above The Rim Suge assembled a team of great producers and writers to make a masterpiece.

While Tupac was in financial trouble Suge Knight helped him out tapping him for a number of tracks paying him a hefty fee even though Pain and Loyal to the Game wasn’t originally included in the CD version of the soundtrack.

The first single Warren G’s Regulate was an immediately success leading to a deal for Warren G at Death Jam and three million sells for his debut album.

It also showed the power of label head Suge Knight.

After hearing about Jodeci and Mary J. Blige selling platinum but not making any money he persuaded Harrell to release them from Uptown Management and Jodeci’s DeVante Swing added production on this soundtrack for the tracks Part Time Lover and Blowed Away.

Lady of Rage informed us she was “rough and tough with my afro puffs” on the second single and this soundtrack won Soundtrack of the Year at the infamous 1995 Source Awards and went multi platinum.

Similarly this year another California based hip hop collective TDE teamed up with Marvel’s Black Panther to create the music for the film.

Though separate from the actual score created by Ludwig Gorransen this music used not only in the soundtrack but as incidental music merges the African diaspora with tales of Wakanda.

This move is major showing that this project is in tune with the culture.

Director Ryan Coogler made the decision to bring them on for Black Panther:The Album.

Kendrick Lamar is arguably the biggest rapper in the game right now racking up multiple Grammys (Best Rap Album, Rap Song, Rap Performance and Rap/Sung Collaboration) this year for his project Damn and his label is further solidifying their position with acts like SZA being a multiple Grammy nominee.

Above The Rim is a great piece of work but this Black Panther soundtrack truly shows a realized potential.

I truly believe Death Row though fraught with controversy laid the groundwork that TDE now walks on as a $100M company with iconic artists making legendary music.

Now in the era of #NewLegends along with Drake and J Cole, Kendrick has a chokehold on the hip hop world and this film’s trust with TDE has paid off with the soundtrack about to hit #1 on Billboard 200 album charts.

Hip Hop is now Pop culture surpassing Rock & Roll as the most popular genre in the States.

With Eminem and Three Six Mafia each winning Academy Awards for their songs in films 8 Mile and Hustle and Flow it shows hip hop is here to stay and also that our soundtracks are just as valid as the dominant society.